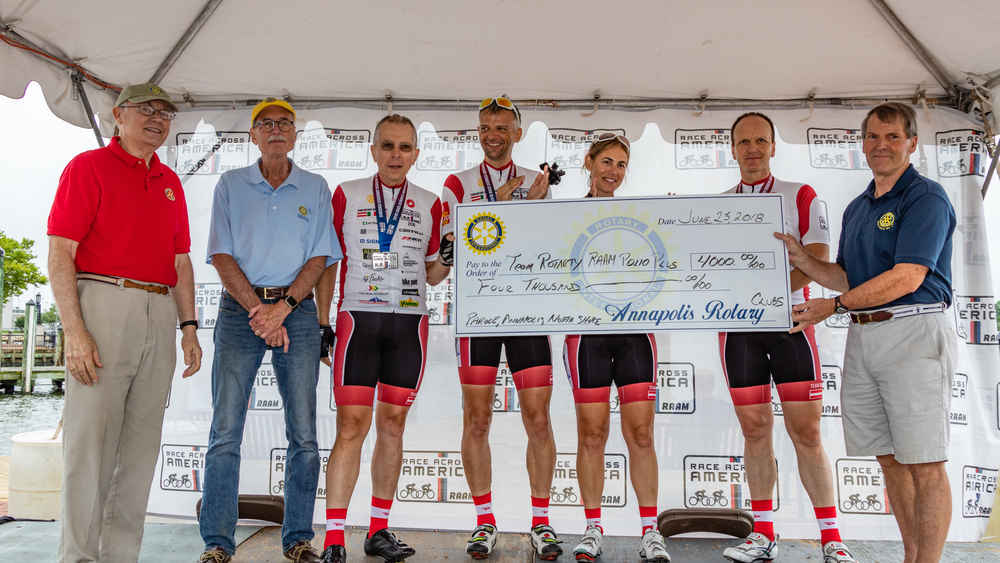 In early June, members of the Annapolis, Parole and North Shore Rotary Clubs quickly raised $4,000 to help the bikers to meet their goal. Rotary International, the U.N. World Health Organization and the Bill and Melinda Gates Foundation as well as more than several dozen countries have pledged to raise more than $1 billion [cq] to eliminate the virus.

“Polio is not totally gone,” says Jim Campbell, incoming president of the Rotary Club of Annapolis. “More work is still to be done. Team Rotary’s efforts will go to a still very important cause.”

While polio has been eliminated in the United States, it remains in Afghanistan and Pakistan, and one case was found recently in a remote part of Venezuela. Since the cost of a dose of polio vaccine is 60 cents, more than 1.6 million children will be vaccinated against the disease from the RAAM proceeds.