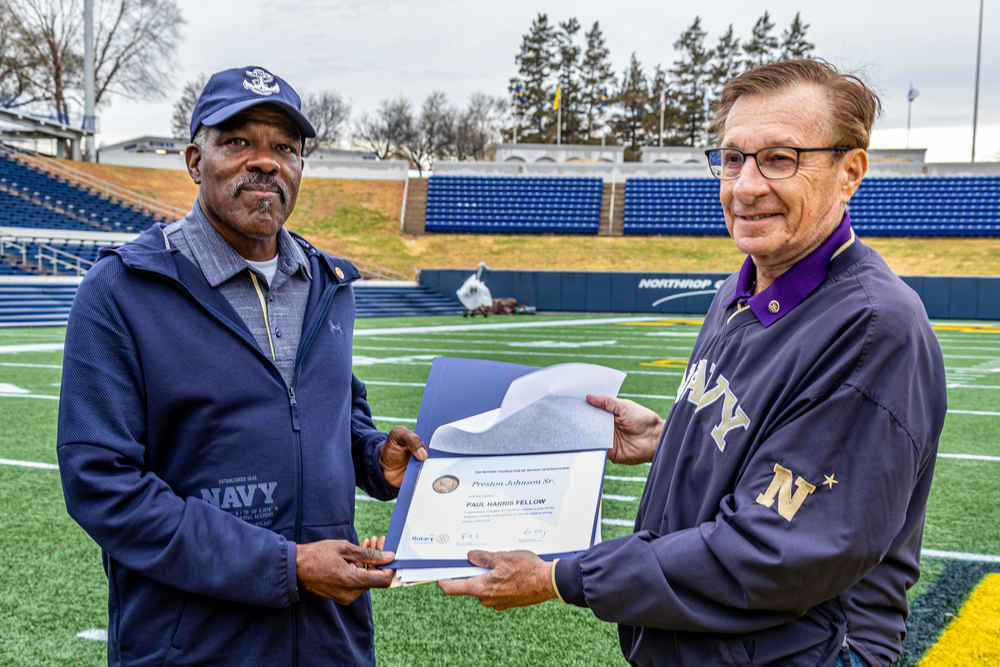 Annapolis, MD (December 5, 2019) – The Rotary Club of Annapolis has named Mr. Preston Johnson a Paul Harris Fellow in recognition of his work over many years in support of the Rotary Club’s annual Crab Feast.
At a ceremony at Navy-Marine Corps Memorial Stadium on November 22, 2019, Mr. Johnson, Director of Stadium Operations, and a retired Marine, received the Paul Harris certificate. Named for Rotary’s founder, the recognition is earned by individuals supporting Rotary’s objectives and demonstrating Rotary’s motto: “Service Above Self.” Only in very special occasions is this recognition bestowed on someone who is not a Rotarian.
Mr. Johnson has worked with the Naval Academy for over 40 years with the last 20 years as Director of Stadium Operations. In that capacity, he has assisted the Rotary Club in hosting and managing the enormous annual Crab Feast which provides food and fun to approximately 2,500 guests at the stadium each year. The Crab Feast is one of the Club’s signature events but only one of many events that Mr. Johnson supervised in his position as Director of Stadium Operations. The Crab Feast brings people together from throughout the country and raises funds for local nonprofit organizations benefitting the community. Without the support and coordination of Mr. Johnson and his team, the Club would be unable to accomplish this annual event.
The Rotary Club of Annapolis, founded in 1921, will host its 75th annual Crab Feast in August 2020 and Mr. Johnson will have a seat of honor at the event. 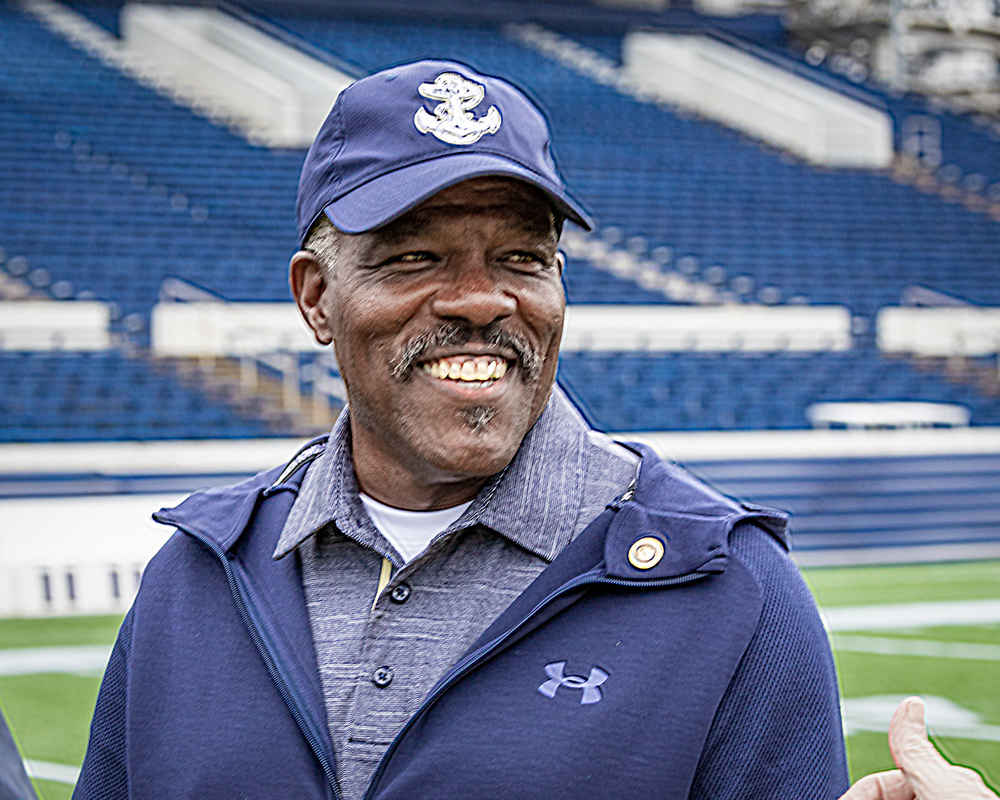 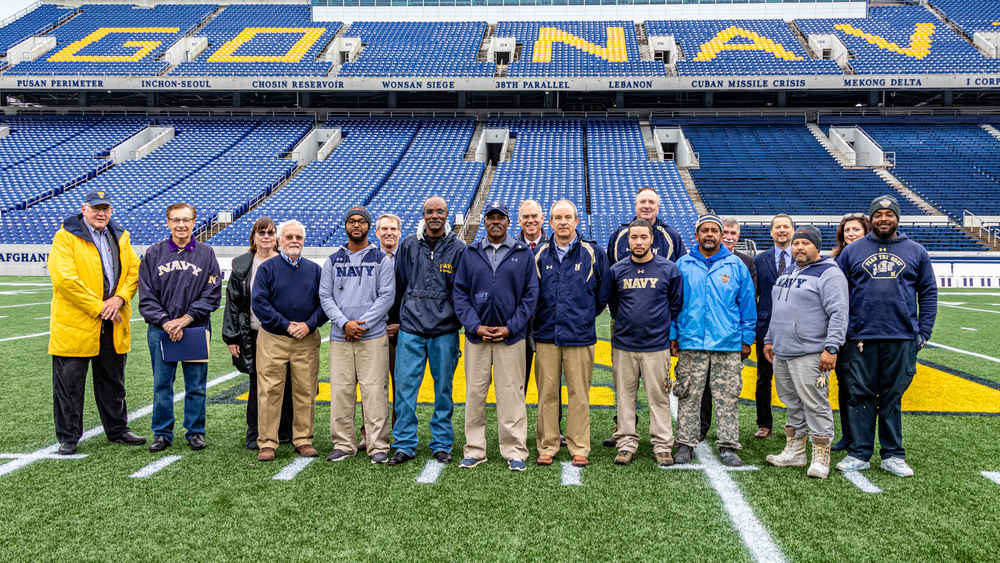 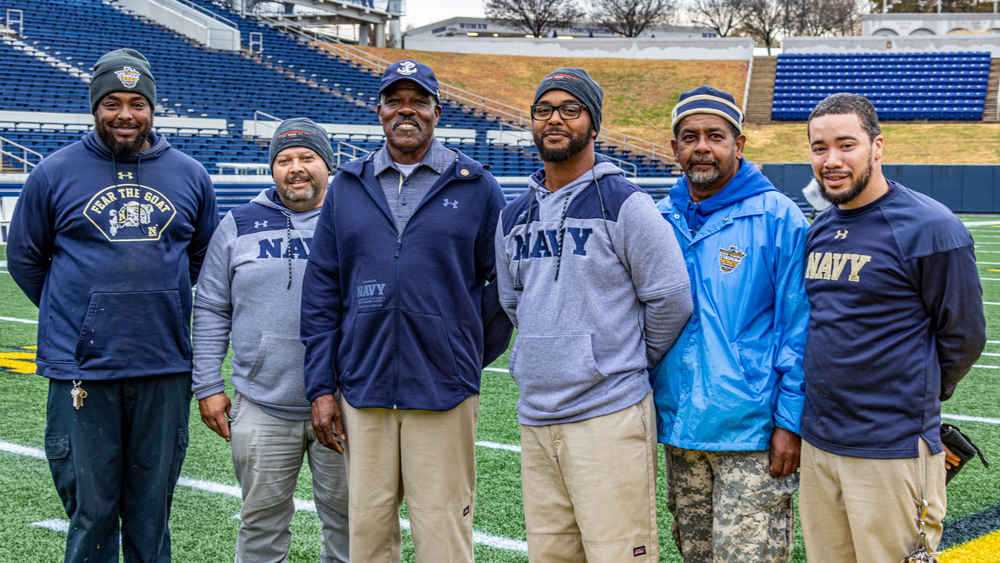 Preston Johnson, center with his team.